I was a monkey this weekend, and boy am I tired now.  To clarify, I did what any good son would do and head over to his mother’s house to help her scrape off old paint and put up new paint.  It’s a pretty large house, so we got lots of family to do this.

Thankfully my mother rented some scaffolding so we could have more than one person working above ground level at one time.  When I arrived, the crew was already working.  I literally exited my car upon arrival and was handed a scraper.  Being an adventure monkey, I climbed as high as I could go.  That’s me up at the top: 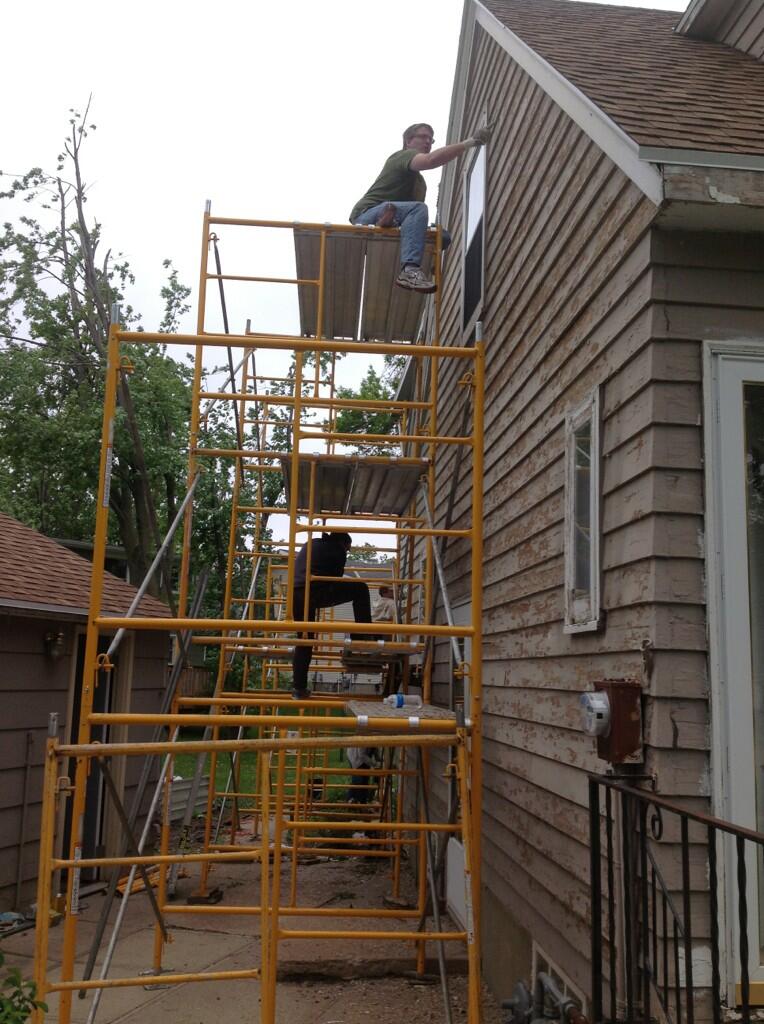 If you think it looks unsafe, it probably was to some extent.  But I can tell you that I didn’t give a shit.

Because the second day of scraping and painting was when I did the really dangerous stuff.

That’s when me and my auntie climbed to our steep steep roof.  It was about a 45 degree angle, and the only thing holding us up there was the hastily nailed planks for us to set one side of our foot against.  There was nothing else between me and skidding off the 2-foot plank for the scaffold and the 15 foot drop onto the landscaping bricks.  It was scary.

I did about 20 hours of scraping and painting.  That is not my usual job.  Now I’m tired and sore and so that’s all you’re getting today.

iThere are no comments